Dr. Omar Lazos is the head plastic surgeon at Elias Ortiz & Company. You can read about his qualifications and history here and he see which procedures he specializes in.

Dr. Lazos received his degree as a Doctor in the Faculty of Medicine from the Autonomous University of Baja California. He graduated in the top of his class obtaining his medical title and professional certificate of Bachelor as a Physician issued by the General Direction of Professions of the SEP.

His internship in La Paz Baja California Sur, where he received the highest average of his class. His social service is carried out in the Medical, Assistance and Research University Center (CUMAI) within the Autonomous University of Baja California Tijuana campus.

He was accepted into one of the most prestigious medical centers in Mexico to perform the specialty of General Surgery in Guadalajara at the National Medical Center of the Mexican Institute of Social Security. In his surgical training of 4 years he obtained the General Surgery Title endorsed by the Autonomous University of Guadalajara (UDG) as well as the certificate of specialist in General Surgery.

In Mexico City he was selected as a resident for the sub-specialty in Plastic and Reconstructive Surgery at the National Medical Center November 20. In his tenure as a plastic surgeon he has participated in many workshops and courses, as well as surgical campaigns and research projects in his specialty.

Prior to joining Elias Ortiz & Company, Dr. Lazos served as the head plastic surgeon at A Lighter Me®.

Type A botulinum toxin is popularly known as Botoxâ.  There are many different brands of Botulinum Toxin A, these include Botox®, Dysport® , Xeomin® and several others.  It is a non-surgical alternative for facial rejuvenation by causing a paralysis of the facial expression muscles. The most common application is in the frown lines, forehead, and crow’s feet lines. Also, it’s used to manage lip lines, neck lines and brow elevation.

Dermal fillers, are a rejuvenating non-surgical facial procedure whose results are immediately visible.  Hyaluronic acid is a protein that is regularly produced in our bodies. It’s a fundamental component of skin and its function is water absorption to maintain elasticity and firmness.  This treatment increases volume (lifting effect), support, and also smooths the contour, fading of furrows and facial expression lines.  You can expect the effects of this treatment to last about 9 to 12 months.  One popular brand used by our doctor is Juvederm including their Vobella, Voluma and Volift products.

This is a minimal invasive procedure that usually takes place in the doctor’s office. In this procedure the buccal portion of the Bichat’s fat pad is extracted. Removing this fat pad strategically gives the patient a sharper and more symmetric appearance.  Patients usually want this procedure because despite losing a significant amount of weight, the volume in their cheeks area is still prominent.

This procedure is suggested for patients who have mild to moderate double chin and no excess loose skin. This will give a sharper jaw line and remove the excess fat in the central area of the neck.

Breast augmentation with implants is one of the most popular and sought out procedures. It confers an immediate mammary volume augmentation, restoring their shape, firmness and giving an additional lifting. The implants most common used are round, high projection, high cohesive silicone gel.

The breasts display a series of changes though time because of genetic factors, aging, pregnancy, nursing, hormonal changes, weight fluctuations, among others. The mammary suspensory ligaments lose resistance and skin its elasticity. In consequence, the breasts begin to sag and drop by the effect of gravity. Breast lift or mastopexy offers to optimize the position, shape, firmness and volume. This procedure can be combined with the placement of implants to increase the volume and improve the outline of the upper section.

Four basic mastopexy techniques can be done with or without implants.

This is a reconstructive procedure. The objective is to eliminate the discomfort caused by the excessive weight and improve the shape, size, position of the breasts.  The lifting effect also produces a positive cosmetic result.  Patients seeking this procedure have excessively large breasts that limit daily routines like exercise and associated symptoms like back pain, neck, shoulders, infections in mammary creases and folds. Mammary reduction technique depends of the amount of mammary tissue to remove and lift. Usually the patient’s bra size reduces by approximately 2 cups.

The most used incisions are:

This is the abnormal growth of a man’s mammary gland caused by factors like: hormonal influence, medications and weight fluctuations. This generates an impact in self-esteem, anxiety, lack of social interaction and in some cases, isolation. Correction addresses both the remodeling of the fat tissue as well as the removal of excessive glandular tissue.

The abdomen presents drastic changes after a pregnancy or weight loss. Patients with massive weight loss either from bariatric surgery or dieting present a challenge to achieve an optimal abdominal contour, making this procedure a reconstructive one. Excess skin, fat and muscle flaccidity are the objectives of this procedure. Patient evaluation is essential to decide which type of abdominoplasty is the most suited. It can be combined with liposuction to get a better body outline result.

Along with augmentation mammoplasty with implants, liposuction is one of the most popular and common procedures in plastic surgery. The accumulated fat that’s located in regions of the body that are resistant to diet and exercise are treated with liposuction. The objective is to improve the body’s outline, it isn’t a weight loss procedure. The collected fat can be transferred for augmentation to other areas that require added volume (e.g. glutes).  Patients are looking to improve their body contour in areas with fat resistant to diet and exercise. They must have a stable weight and not looking to reduce it with this procedure.

This procedure has gained a lot of popularity for shaping and giving volume to the buttocks using the patient’s own fat, without the need of using implants. The product of the liposuction is processed and prepared to be transferred to the gluteal region. In this way, the glutes are sculpted hence improving their outline and volume, as well as correction of defects such as depressions or asymmetries.

The breast in a combination of glandular and fatty tissue. After massive weight loss, usually, 2 scenarios develop.

The first and most common is a breast without volume or empty, with excess flaccid and loose skin. To correct this it is necessary to substitute the lost volume with an implant and remove the excess skin to fit the volume desired by the patient. This correction of the skin is achieved with a breast lift or mastopexy in anchor.

The second scenario is a voluminous and saggy breast, that requires a lift which may or may not use implants depending on the patient’s expectations. In these cases, the size of the implant is small and its objective is to give volume and projection to the breast, specially to the upper pole or cleavage area. However, if the patient doesn’t want volume or rejects the idea of an implant, a classic inverted T mammary reduction can be done. In both cases, the technique that offers the greatest capability of correction in vertical and horizontal surplus of the breasts is the Inverted-T or anchor.  Having 2 lifting vectors it allows an optimum adjustment of the breast leaving it firm and cosmetically pleasant.

The arms are one of the most notorious zones that tend to sag after massive weight loss. This deformity is known as Batwings, which prevents an adequate and functional performance for the patient. The elimination of this excess entails a visible scar that the patient beforehand must accept. However, the scar can be managed to be the less noticeable possible. Brachioplasty can be done by itself or it can be combined with an upper body lift.

Fat Rolls are the result of massive weight loss excess skin, which usually don’t improve with liposuction. The resection of them to correct the area is known as torsoplasty, in which the scar is hidden in the bra line. Depending on the case it can be incomplete or complete along the length of the back, though generally is advised to be complete for optimum results.

Circumferential abdominoplasty (also known as central lift and extended abdominoplasty) is part of the combined procedure lower body lift. The objective is to eliminate excess skin in the front and back regions of the trunk which include abdomen, waist and lumbar area managed as one. At the same time, it has a lifting effect in all the lower zone of the trunk which comprehends the pubis, glutes and inner and outer thighs.

Reconstructive procedure in cases of massive weight loss that consists in correcting two vectors of excess skin and fat: vertical and horizontal. It’s the abdominoplasty with greater power of correction of post bariatric patient’s outline. As consequence, the patient will have two scars, one in the lower abdomen (horizontal) and another in the mid abdomen (vertical). It can be combined with liposuction for a better body contouring result. Particularly indicated in patients with a vertical or upper abdomen excess which can’t be corrected with a conventional or extended abdominoplasty.

Thighs tend to be areas with laxity and where a significant quantity of stretchmarks and cellulite are found. Correcting all the excess of the inner or outer components of the thigh can be quite a challenge. The procedure involves a lengthwise scar which can be on the inner or outer thigh depending on each’s individual case. It’s a difficult to treat area because of the high amount of humidity and motion that it has, as well as the proximity with the genitals and perianal zone. However, the removal of excess skin improves the functional performance of daily tasks. With proper post-surgical care, the patient can evolve satisfactorily.

Other (these are very long procedures)

Please contact us to discuss your options for plastic surgery. 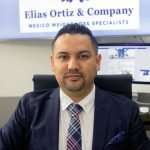 Undergraduate Degree in Medicine (1999–2004), Faculty of Medicine of the Autonomous University of Baja California
– Overall average: 8.85 / 10

2nd Regional and International Congress on Obesity conducted by the Association for the Study of Obesity and its complications AC.
– May 2004, Tijuana, Baja California, Mexico.